Select a profile to register 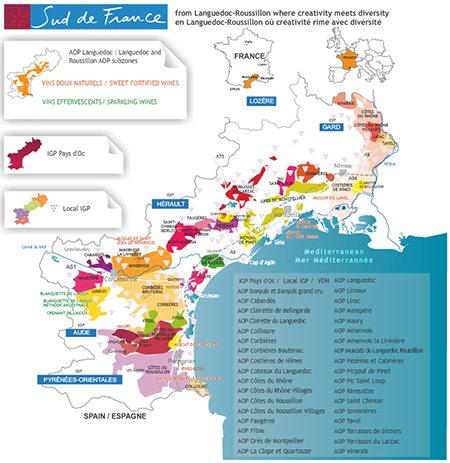 Thanks to its coastal location, Languedoc-Roussillon is one of France’s most ancient viticultural regions. The Greeks founded colonies here in 6 BC and were the first to plant grape vines; subsequently settled by the Romans, the region continued to nurture the vines that were an essential part of their civilization. The Roman architectural legacy is all around – Nîmes, Agde and Narbonne are prime examples – and ever since, wine growing has been inseparably linked to Languedoc-Roussillon’s identity.

The construction of railway lines between southern and northern France encouraged production levels to soar, with some 420,000 hectares of land under vines at one point, but a dramatic decline in wine consumption in the second half of the 20th century resulted in serious overproduction issues.

Today, the region produces an extensive range of world-class wines, thanks to its clement climate, excellent terroir, a policy of replacing and replanting grape varieties, and the sustained efforts of a growing number of dedicated vignerons committed to making wines of outstanding quality.

We use cookies to ensure the best experience on our site. If you continue to use our site, we will assume that you accept the use of cookies.OkMore informations